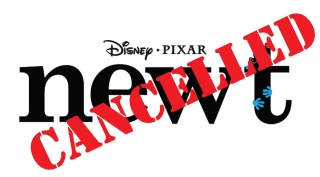 In 2008, Pixar announced that they were going to be making a movie called “Newt” about the last two blue-toed newts on the planet and their adventure to save the species. The film was referenced at a couple of Pixar events since that initial announcement too. Hard-core Pixar fans were really looking forward to something original coming from Pixar with most of other movies in process at the studios being sequels. (Toy Story 3, Cars 2, and Monsters, Inc. 2 were slated around Newt.) Then, suddenly, in May of this year word leaked out that the entire film had been canceled. No explanation was given but the cancellation was confirmed and the film became the movie that never was. Surprisingly, Pixar put a bunch of pictures of the artwork from the film on their Facebook page. The description on the photo album says “As most of you already know, ‘Newt’ is no longer in development at Pixar. However, that doesn’t mean we can’t share some of the Pixar artists’ amazing artwork with our Facebook fans!” This is a very interesting move. I can’t recall a time when a studio has released something like this on a canceled project, especially so close to the cancellation date. As pastors, I think there’s a lot we can learn from this whole thing. 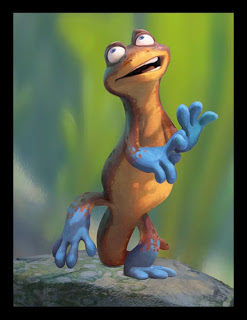 1. Not Every Project Makes It. You know it and I know it but it’s good to hear that even a company as successful and creative as Pixar has to scrub a project every now and then. The truth is that every swing at the bat can’t be a home run and Pixar did the right thing to kill this one project to protect their stellar record if they thought it wasn’t up to par. When you consider that this film had been in production was on the official schedule and had been announced in big ways AND the fact that they had to move other films up in production to cover the hole this film was going to leave, it’s easy to understand that this wasn’t an easy decision for them. However, they did the right thing even though it was a hard thing to do. Pastors, sometimes, you have just got to rip the band-aid off, kill the project and move on. Refuse to let one project (no matter how much you’ve invested in it or love it) take the whole ship down.
2. Celebrate the Artists. The fact that the movie needed to be canceled didn’t mean that people didn’t work hard on it. I’m sure that folks were pouring themselves into this like any other Pixar movie and the fact that Pixar decided to post some of the powerful artwork on their Facebook page acknowledges as much. Pastors, just because you have to kill something doesn’t mean that you can’t spend some effort praising the hard work that people put into it.
3. Reward the Fans.Pixar could have swept this thing under the rug and never acknowledged it again but instead they effectively just said “hey, the film didn’t make it” and they rewarded the fans with a little bit of what did work from the project. Again, the temptation is to distance ourselves from things to don’t work but I bet someone in your church or ministry might find some value in knowing what you’re trying to do even if it doesn’t pan out. I think the Pixar fans now feel closer to Pixar and have a bit more respect for them because they’ve been so open about this whole thing. Sure, some people are disappointed but the greater lesson is that Pixar cares for and shares things with their hard-core fans. To that end, this was a big win for Pixar and the fans.
Pastors, perhaps we should be more open with our committed core folks about what is and isn’t working and allow them to see that we are willing to sacrifice certain projects and programs for the greater good and our most important mission.

In His Grip,
-Pastor J